Sometimes you don’t really understand the signs, until they hit you in the face. Or the ground liquefies between your feet.

And you can’t believe you’ve been so blind.

All will be well. 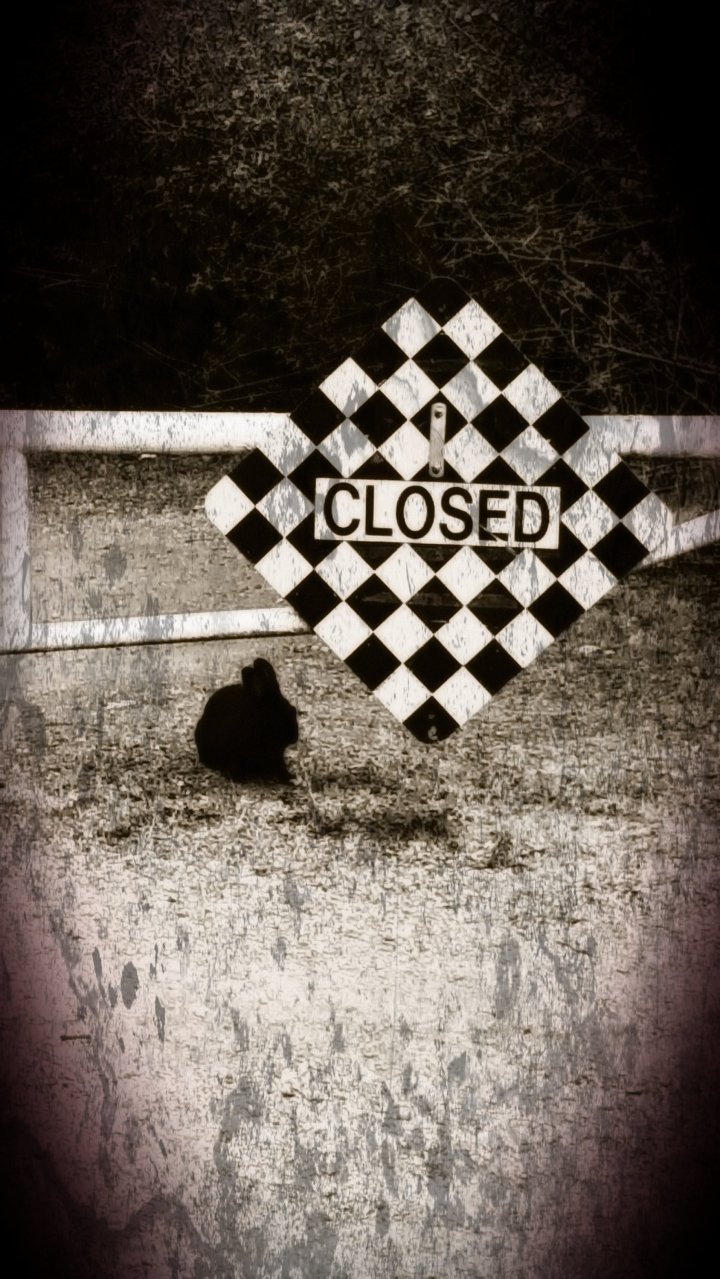 “I’m scared,” I whisper to Him in the Storm. We are surrounded by Darkness. I cannot see Him yet. I feel Him though, His warm embrace from behind. The reassurance of His size, the weight of Him. He has black wings. The Man in Black. He presses His lips to my ear, “I am with you always, I never really leave you. We are bound together, you and I, always. Follow me into the Dark. I will show you the way. Trust in me and I will see you through.”

Reach out into the Darkness, I will meet you there.

Remember your place, and all will be well.

I finally figured out how to set up a tarot reading listing properly on my Etsy shop!

$20
A single question, three card tarot reading. You will receive a digital file with photo’s of the cards pulled as well as a write up on the meaning of the cards in relation to your question. There will be a photo of the three cards in the order they are pulled as well as shots of each individual card. If you wish the have a physical copy of the write up and photo’s please let me know through a message as there will be a shipping fee. Otherwise I just need an email address to send the file to.

There is ONE spot available this month for a free oracle reading.

I do this both for the experience and as a devotional act for Apollon and Hecate.

One simple question and one follow up on that question is permitted. I reserve the right to refuse readings to individuals. You will have your reading by the end of the calander month.

Please send your request to answersfromthemists at gmail dot com.

*chuckles*He’s so non-chalant about things.
Me: I feel like I’m falling apart.
Himself: Well you are…but that’s okay, W/we’re Working on Stuff.
*smiles all happy at me while I’m ready to barf*

Doing some seer work for a friend. I wasn’t entirely expecting Him to answer, but sure enough, His Shining Self, Lucifer, came for a visit. Let me tell you, He is one smooth mother fucker*. His voice is like silk, really high quality silk at that. He is warm and soothing, and “above” me in O/our conversation. It is an impression, this “above” feeling, that I only get from Angels, or former ones, and similar Folk. He is at once deathly still and full of raging fire. A smile that melts your knees. An energy that is…raw and refined all at the same time. It’s quite fascinating. And awesome. He’s also fucking terrifying. There is…something…behind His eyes that He will not let me see. I think it’s for very good reason. My version of “sanity” may be a little left of centre but I LIKE IT and want to keep it. He would like to keep it intact also. There is a heartbreaking sadness to Him. But I’ve encountered this before with Angels and the like, so I’m not sure how much of that is specific to Him, and how much is a “species” thing.

What was extra fun was talking to Anubis next, which felt, what I figure, falling from a high rise building must be like. A few breath taking moments of weightlessness, then you slam into solid ground. It’s not painful, persay, just jarring. Well unless you actually fall in the material realm. That would suck. But I digress.

Lucifer was my first “forbidden” love. There was never, hasn’t been, nor probably will be any “sexy” times. I distinctly remember learning the very basics of why He Fell, as a child, and feeling righteous indignation that the loving God I was raised with would do such a thing. I’ve done A LOT more research since then and it’s not nearly as cut and dried as my childhood brain saw it. He did not simply ask a question and be removed from the presence of the One. There is also a whole bunch of Fate and Wyrd wrapped up in there. Shit needed to be done, Lu offered the Sacrifice. One reason I have a particular love for Him, is being named after Him. Completely unintentionally. Ready for some fun word and number play?

I was born on the 30th of the 6th month, 3 months early, at 6 months gestation. I was nameless for a few days, since my parents had thought they had way more time to figure something out. My Dad would come to the NICU every day and ask, “How’s my little angel?”. So the name stuck. I don’t remember why they picked Dawn for my middle name. But it works like this…

Angela Dawn, literally translated means, “Angel of the Morning”. Tack on my maiden name of Dickins, and well…you can see why a handful of very close and dear friends call me, “Luci”. Did I mention I’m a wee bit of a shit disturber? *cheeky grin*

So needless to say, I was highly entertained and totally jumped at the chance to Talk with Him. He and I have no formal relationship, but I’m always down with more friends. As strange as this may sound, I find it particularly interesting when I don’t have any actual Work to do for Them. Not to say that the Relationships I have with Others are any less because there is an “exchange of goods” so to speak. Maybe it’s a nasty little bit self loathing but I don’t see why They want to talk to me outside of Work. They as Gods, and Angels, and all manner of Creatures. What could possibly be so fascinating about a wee mortal like myself, right? I do my best not to ponder that and just it slide these days. Who am I to question Their desires, eh?

*that “mother fucker reference was totally a request on His part

It’s that time again folks, my monthly offering of readings, done as a devotional to my Gods.

Due to chronic health issues and other bits and bobs that take up my spoons I have had to restrict this to three individuals. This is a first come, first served kind of deal.

I answer questions as a Mouthpiece, using meditation and trance states to distill Their voices onto paper/screen and into the material realm.

Please send your question to answersfromthemists at gmail dot com. One follow up question related to the original question and/or reading is allotted.

Some people ponder scripture, I ponder song lyrics in a similar fashion. The Gods sometimes send specific ones, sometimes I just pick something to pick apart. Kinda like bibliomancy. This is Caught by Florence and the Machine. Generally I can figure out what They mean pretty quick. Not too sure what the hidden meaning is behind this bit.

And I was thrashing on the line
Somewhere between
Desperate and divine
I can’t keep calm, I can’t keep still
Persephone will have her fill